The Latin phrase pro bono publico – for the good of the public – is often abbreviated to pro bono. In the context of legal services, the phrase usually refers to work done without charge, for deserving causes. 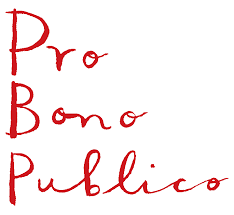 Anderson Law does not have a formal pro bono programme, though its staff do provide free legal advice from time to time. Recent examples include:

Pro bono work is usually distinguished from the following types of activities, all of which we have done on a regular basis: